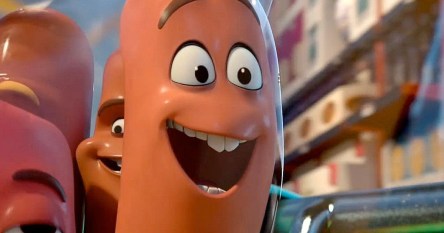 Seth Rogen’s work can be an acquired taste; the shambolic nature of This Is The End or Observe and Report are hard texts to get excited about. Perhaps animation has brought the best out of him; although Sausage Party has an all-star cast, they seem more tightly reined in than usual, and the animation, while hardly Pixar, is watchable enough. But it’s the unusual high-concept that’s the big selling point here; the story of a sausage (Rogen) who seeks to escape from the supermarket, Sausage Party manages to mix low comedy with clever satire, as the various consumables and perishables are viewed as a microcosm of society, allowing for plenty of politically incorrect humour. Sausage Party is rude, crude and funny; even the musical sequence at the start is executed with on-point gusto.