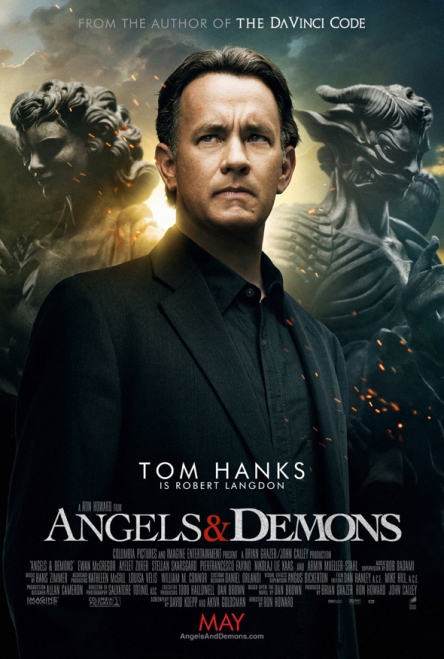 It might seem hard to imagine, but there was a brief window between the publication of The Da Vinci Code and the film version being released, and in that brief moment, Dan Brown was seen as an exciting new writer of modern day adventures. A shuffle through the film versions of Da Vinci, Angels and Demons and Inferno reveals something rather different, a ersatz Indiana Jones without the action, but with long stretches of cross-word puzzle wisdom and shonky history lessons. Angels & Demons has built up a cult reputation in the ‘so bad it’s good’ category, and there’s no doubt, it’s kind of fun. Robert Langdon (Tom Hanks) is recruited by the Vatican to outsmart a potential terrorist who has kidnapped various cardinals in the run-up to the announcement of a new pope. Could it be significant that one of the candidates , Irish front-runner (Ewan McGregor) is an ex-helicopter pilot? Brown’s plotting isn’t much better than a National Treasure movie, but the production is lush, Rome is skilfully evoked, and Ron Howard brings his usual professional approach to the material. The final barrage of plot-twists is ludicrous to say the least, but that’s what makes Angels & Demons such a hoot; impacting layers of smug cleverness end up forming a crust of nonsense that makes Angels and Demons far more amusing than most comedies.