Paweł Pawlikowski is a man whose name critics love to invoke, even if they have to to cut and paste it. He seems to have given up wrestling with the text of his Vernon God Little adaptation, but that’s no great loss; the Polish director has a style of his own that doesn’t need to be piggy-backed on another property.  The standard-issue information, that Cold War is shot in black and white, and got an 11 minute ovation at Cannes, would make any prospective viewer’s heart sink; it sounds like the kind of three hour ‘Latvian people arguing at a kitchen table’ snorefest that provides good reason to hate art cinema. Cold War tells, in simple, stunningly composed images, the story of a love story between a musician and the singer who auditions for him. They meet and separate in various countries, across borders, through concerts and dances, until fate finds a way to bring them together ‘until the end of the world’. This is cinematic poetry of the highest order, plain yet lush, riddled with subtle yet jaw-dropping compositions. The black and white photography, so often the banal choice of an art director on a perfume commercial, is truly lustrous, and the leads are luminous; the director discovered Emily Blunt amongst others, and Joanna Kulig and Thomasz Kot should return to our screens again again before long.  The late John McCain’s line about not ‘hiding behind walls’ is relevant here; it’s a timely story about how borders, and politics, can bend and shape our most vital relationships. Given that the same director’s previous film, Oscar-winner Ida, felt more worthy than entertaining, Cold War is a huge personal statement by the director and a scintillating film to watch in HD.

Long before Space Cowboys or Sully, Clint Eastwood was flexing his muscles with this high-tech thriller with an aviation rather than web-browser bent. Mitchell Gant (Eastwood) is recruited to infiltrate Soviet Russia and return in the cockpit of the Firefox, a plane so high-tech it responds to the thoughts of the pilot. The first half of the film has a lot of Clint standing around in toilets looking pensive, but once Gant gets his hands on the plane, it’s all action fare; even if the projection work isn’t quite to modern standards, it’s amazing for 1982. Adapted from Craig Thomas’s novel, Firefox is still fun to watch, even just as a record of Eastwood learning his trade; a strong supporting cast including Nigel Hawthorne, Freddie Jones, Warren Clarke and Ronald Lacey are also along for the ride in this unusual star vehicle. Reboot, please! 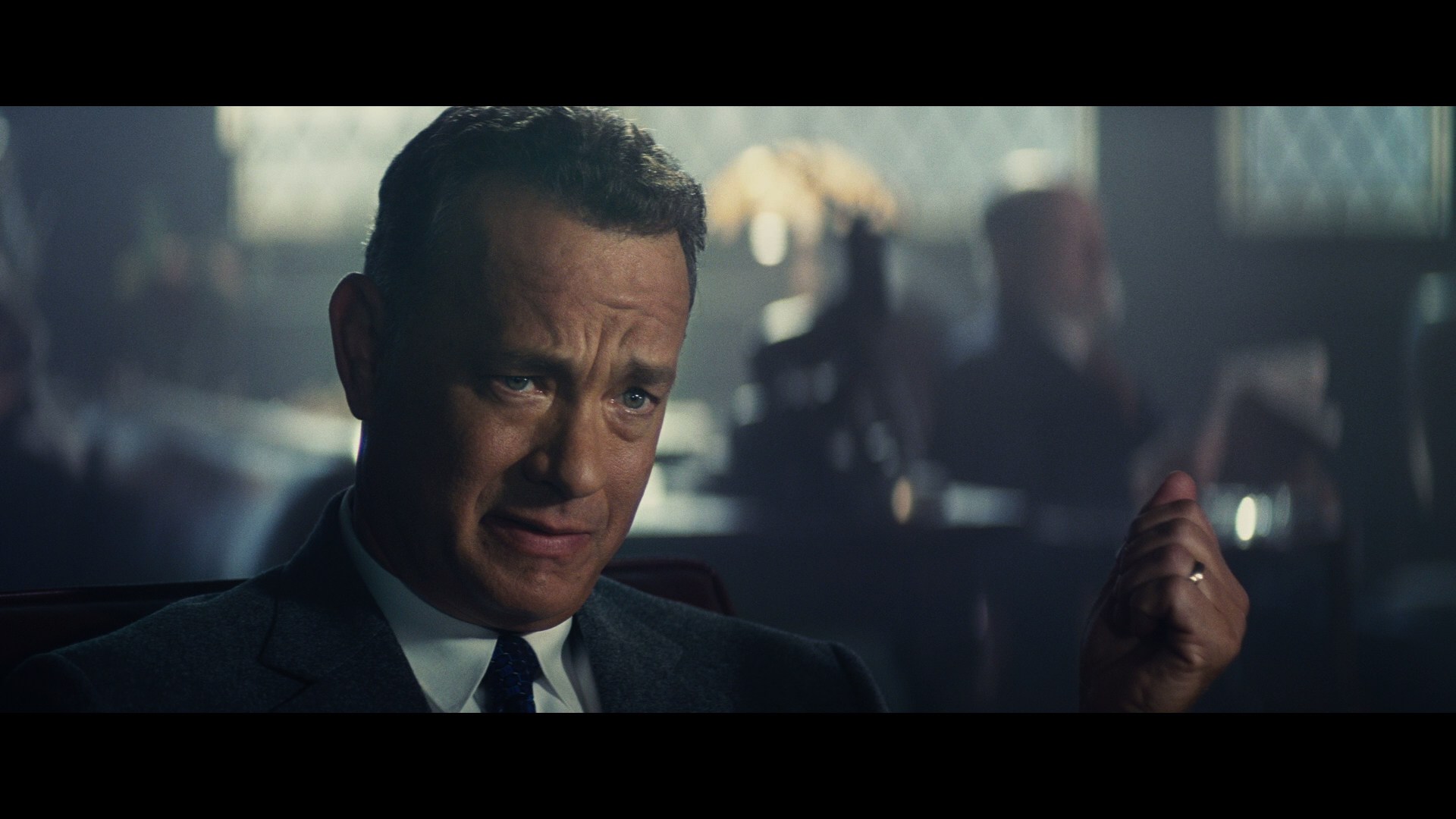 A well-upholstered thriller from Steven Spielberg, Bridge of Spies deals with a real-life Cold War drama as James B Donovan (Tom Hanks) gets lured into the murky business of spy exchanges. After a successful courtroom defence of Rudolf Abel (Mark Rylance), Donovan tries to broker a deal in East Germany to exchange the enigmatic Abel for two other spies. Bridge of Spies is packed with absorbing details, and the atmosphere of East Germany is well caught. But it’s the acting that elevates the material; Rylance is electric in a showy role, but Hanks’ contribution should not be overlooked; he brings an everyman quality to his well-spoken lawyer, and provides a happy and empathetic centre even when the diplomatic and espionage twists get very complex indeed.

Richard Fleischer’s sci-fi adventure is a novel twist on the usual outer-space shenanigans; when defecting diplomat Jan Benes (Jean De Val) is picked of by a bullet in a Kennedy-style motorcade, scientists decide to miniaturise a team of submariners who enter Benes body and attempt to fix a blot clot on the inside. As if the stakes aren’t high enough for Stephen Boyd and his men, one of the team is a woman (Raquel Welsh); the notion of sharing professional space with a woman seems to cause everyone as much consternation as being miniaturised. Once inside Benes’ body, Fleischer uses his old-school Hollywood know-how to create some strikingly colourful imagery around this playful conceit, allows Donald Pleasance to indulge his special gift for having a good freak-out under pressure. The setting of films inside the body is a very minor sub-genre (Inner Space, Osmosis Jones), and Fantastic Voyage is the granddaddy of them all, with a remake inevitable but unlikely to retain the kitsch appeal.

‘You can’t cover this up under a blanket of shit!’ an enraged Sean Connery tells an agog United Nations at one point in Ronald Neame’s comic masterpiece of a disaster movie from 1979.  Connery plays a scientist who discovers a meteor the size of a city is heading for earth, and manages to warm up US/USSR relations to organise a missile strike to blow the rock to smithereens. Natalie Wood, Karl Malden and Henry Fonda stare at screens while variable effects depict the arrival of various fragments on earth. The main effect involves the entire cast being smothered in what appears to be liquid excrement, presumably the blanket that Connery is referring to. A relic of Cold War politics, Meteor was responsible for the ruining of AIP studios, but it’s a fun time-passer for disaster movie addicts.

Milan Kundera’s novel about the erotic exploits of a Czech doctor is skillfully adapted to the screen by Jean Claude Carriere and writer/director Phillip Kaufman. Daniel Day Lewis brings his trademark intensity to bear on the role of good doctor Thomas, with Lena Olin and Juliette Binoche amongst his conquests. The idea of sexual expression as a political force against repressive government is an unusual theme, and Kaufman explores it in detail, comfortable with rampaging tanks and skinny-dipping alike. 171 minutes is a long time for a simple drama, but the scope of Tomas’ s life inside and outside Communist rule justifies the elaborate, yet always personal detail.

Neil Patrick Harris may be bringing Hedwig back to Broadway, but it’ll be hard to eclipse the stunning performance of John Cameron Mitchell in this strident rock musical from 2001.  Having co-written that original theatrical show with Stephen Trask, Mitchell plays Hedwig, an East German boy who gets a botched-sex change in the hope of finding love in the West, only to have the wall brought down as he ponders his own mutilated genitals. Stirring musical numbers include (Dirty Little Town, Wig In A Box and The Origins of Love), and for once, the story doesn’t let down the music, with Hedwig’s predicament writ large by big performances and imaginative production. Hedwig may lose something in the transition from stage to screen, but it also gains a certain cinematic oomph that’s well worth seeking out for lovers of musicals.

The Film Authority
Create a free website or blog at WordPress.com.