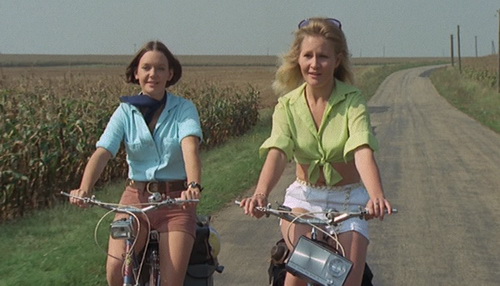 It’s in this idyllic environment that we meet Jane (Pamela Franklin) and Cathy (Michelle Dotrice), two nurses on a cycling holiday. They bicker and get separated;  Cathy vanishes after Jane leaves her in a woodland clearing, and enlists various local men in her quest to find her friend; Sandor Eles and John Nettleton are amongst them.

Kim Newman’s notes on this new Blu-ray extras tie And Soon The Darkness into a specific genre of films in which fish-out-of-water tourists are menaced by locals, with Hostel the obvious example. But there’s also a straight who-dunnit here, with much to misdirect and some ingenious touches like the non-translation of dialogue which forces the audience to see things from Jane’s view. For television specialists, Clements and Nation resisted the temptation to overstuff the narrative ,and instead keep things simple; the killer can only be one of several people, but you’re kept guessing right to the end.

Franklin and Dotrice are British film and tv staples, with Dotrice best known as Betty in sitcom Some Mothers Do Have ‘Em, and they both give a good account of themselves here. Although marketed as horror, this feels more like a straight up thriller, and the minimalism gives it the kind of stripped-down appeal of Steven Spielberg’s Duel.

Regular late-night exposure on television has made And Soon the Darkness a well-remembered film; it’s one of a kind, the there’s bound to be a few viewers, petrified by the film’s moody atmosphere as children, who will return and find that this was a rather accomplished entry in the canon of Bryan Forbes’s short-lived reign at EMI. 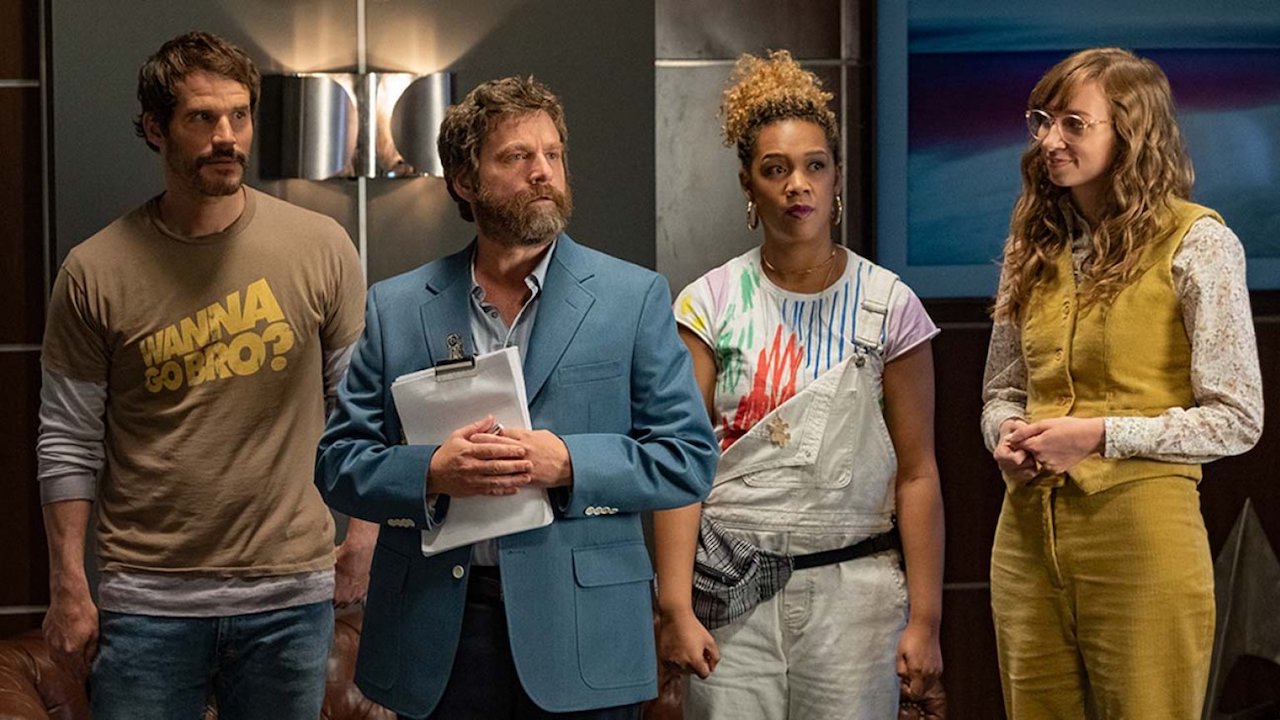 Is it too late for Netflix to bring the funny? With Amazon investing billions in established IP like Lord of the Rings, it seems perverse that Netflix’s latest big investment is decades-old episodes of Seinfield to complement decades-old episodes of Friends. Not that these shows aren’t great, but they’re placeholders for new comedy that’s yet to appear. Tapping into existing comedy like Joel McHale didn’t work, even though his show had some great stuff in it, so this harnessing of popular content from Funny Or Die seems like a step towards  giving Netflix an identity based on putting smiles on faces.

Zach Galifianakis has been ploughing an amusing furrow with his talk-show parody Between Two Ferns, originally Betwixt Two Ferns as he mentions in Scott Aukerman’s expanded reboot. There’s elements of Ali G as Galifianakis says and does exactly what an interviewer should not, drawing attention to himself, mis-representing his guests, and just being plain rude; there’s plenty of big names willing to show themselves as good sports. This time around, it’s pretty clear that there was an Avengers movie sending a roster of names to the set; Benedict Cumberbatch, Tessa Thompson and Brie Larson keep a straight face while names, acting talents and personal quirks are insensitively discussed.

There’s also a fresh frame; Funny Or Die boss Will Ferrell closes down the set after it gets destroyed during a sprinkler disaster that nearly drowns a game Matthew McConaughey. Galifianakis and his team head cross-country to find stars and interview them in their homes, and there’s some neatly developed sketches that turn the format on its head; a one-night stand with Chrissy Teigen leads to a troubled visit from husband John Legend. Otherwise, it’s fun to see Jon Hamm, Peter Dinklage, and perennial Netflix self-parodist Keanu Reeves allowing pot-shots at themselves; the good humour is infectious.

The shortness of the interview sections works a little against the premise, but Between Two Ferns: The Movie works far better than, say Ali G In Da House in that it stays true to the interview-based origins of the conceit. And at the centre is a strong comic character; Galifianakis is vain, downtrodden, pretentious, snarky and not as smart as he thinks. There’s mileage in the way he takes down celebrities; in an age when few interviewers pack a punch, Between Two Ferns offers fake takedowns of today’s ‘hot idiots’ in entertaining fashion. 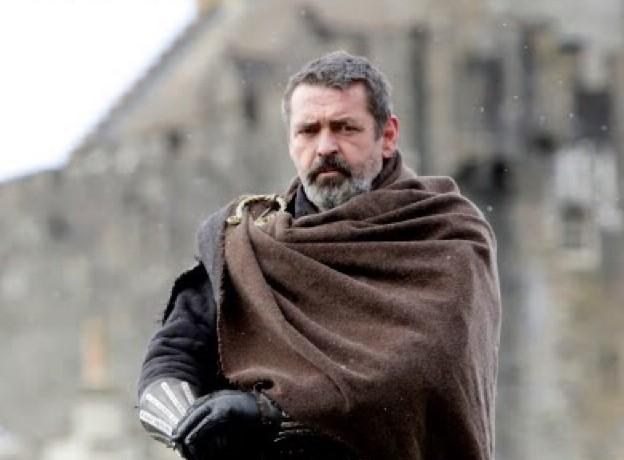 ‘Someday we’ll all be free…’ ‘Aye, someday, we’ll all be dead…’ runs a muted exchange in Richard Gray’s Robert The Bruce, which sees co-writer, co-producer and star Angus Macfadyen playing the same role he did in Mel Gibson’s Oscar-winning Braveheart. Glasgow-born Macfadyen has gestated this spin-off project for over a decade, and with snowy Montana locations used for the Scottish Highlands, Robert The Bruce extends the history lesson to double-down on an incident that only makes for a few seconds of screen time in Outlaw King, but which captures much of the Bruce’s reputation in his homeland.

The Montana location raises a specific issue; post Rob Roy and Braveheart, film-making in Scotland had a momentum which has vanished in the 20 years since, largely because of the operation of government agencies Scottish Screen/Creative Scotland. Formed under the auspices of Conservative Michael Forsyth, then running through Labour and SNP administrations, they’ve blocked native Scots from any political or historical content, forcing rebel productions like this to offer their home thoughts from abroad.

Robert the Bruce is introduced in his violent confrontation with John Comyn (Jared Harris), which he quickly realises is a trap. Betrayed and injured, the Bruce retreats to a cave where a chance encounter with a helpful role-model spider inspires him to try and try again. Morag (Anna Hutchinson) and her family provide him with shelter and help heal his physical wounds, but with a price on his head, various parties are closing in on the king.

Robert The Bruce has been front-page news in Scotland due to the UK’s second largest cinema chain changing its mind about not showing it. Critics have been quick to suggest political motives, but Gray’s film is serious and sombre fare that should find its largest audience when its gets to streaming rather than amongst the froth of the summer multiplex. Macfadyen largely keeps himself off-screen to focus on Morag’s domestic situation, and while the film runs too long, its meditates in a compelling way on how the Bruce found his sense of purpose in the needs of his own people.

It’s become a regular occurrence for US film studios like Disney and Universal to open their films on hundreds of screens in Scotland without providing any opportunity for press to review them. It’s hard to imagine that high profile films shot in Scotland like Trainspotting 2 or Avengers; Infinity War lack the £200 for a press show; ascribing negative political motives to these decisions to stifle debate is natural. If nothing else, Robert The Bruce’s successful fight to make an appearance in local multiplexes suggests that, against the odds in such a politically charged climate, a Scot might still get a voice amongst his own people.