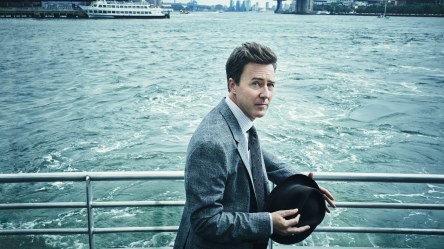 It’s a good twenty years since Jonathan Lethem’s novel was published; based on the public and critical reaction, writer/director Edward Norton needn’t have bothered adapting the text from prose to screen. And yet there’s plenty to enjoy in Motherless Brooklyn, which, like The Goldfinch, is far from the dud that the box office might suggest; certainly, films about urban planning are rarely big news, but although it’s 144 minutes long, Norton’s film is idiosyncratic and often engaging.

Bruce Willis gets near-top billing, but is pretty much out of the film before the credits go up. Willis plays Frank Minna, a local gangster with a penchant for rescuing children; it’s through this method that he’s a mentor to Lionel Essrog, a bright young man with Tourette’s syndrome. Essrog also has a perfect memory, and listens in on one of Minna’s meetings shortly before his father-figure is shot. Piecing together various abstract clues, Hamlet-style, Essrog starts to investigate Trump-ian property baron Moses Randolph (Alec Baldwin) and also the businessman’s brother Paul (Willem Dafoe). Randolph has designs of the New York property market, but his methods are underhand, and Essrog is quickly out of his depth…

A film like this stands and falls on its villain, and Baldwin relishes the opportunity to play Randolph with saturnine charm. Whether he’s directly responsible for the violent killings that beset Essrog isn’t exactly clear, but it is obvious that Randolph has an evolved philosophy that penalises the poor. Motherless Brooklyn has a Chinatown-lite view of city corruption, and anyone interested in New York will enjoy the various allusions gathered here, as well as some eye-opening chat about Central Park

Norton is also an actor’s director, getting good work from his cast, and he also provides a happy centre as Essrog. Playing a character with a disability isn’t a great look in 2019, and yet there’s obvious reasons why it wouldn’t be easy to cast the role. Norton does well not to play Essrog’s verbal infelicities for laughs, and pulls off something rare and unexpected by having a disabled protagonist whose disability is not central to the narrative.

Motherless Brooklyn takes a few wrong turns; the background to Essrog’s detective agency is inadequately sketched in, and Minna leaves far too early to get a sense of who he was. But there’s a clear gap between the quality of Norton’s film and the public’s appreciation of what he’s done, and Motherless Brooklyn is worth recommending to the discerning viewer. 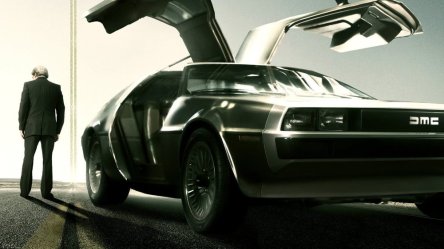 The title is an interesting one; we know who John DeLorean was, or at least we may have some ideas. Don Argott and Sheena M Joyce have constructed a documentary that aims to ‘frame’ him; are they suggesting that the various crimes that John DeLorean was accused of constituted a frame job? That’s not what their film is about; there’s very little in the way of conspiracy theory or speculation here, just a journey through the key facts of the car moguls rise and fall from grace. This well-constructed doc also has a narrative frame in that it features reconstructions featuring Alec Baldwin as DeLorean, and we also get to see off-cuts showing rehearsals and the actor in make-up, discussing his role. With Back to the Future’s Bob Gale amongst those testifying to the number of potential films which might be made about the subject, Framing John DeLorean is one of the the first out of the gate, but unlikely to be the last.

Like Preston Tucker, DeLorean was a man with a dream, to innovate in the expensive world of car production, and to take on the big boys in the corporate world. Setting up a huge plant in Ireland in the 1980’s, DeLorean was not short of enemies; the key moment comes when he stops dealing with Margaret Thatcher and Jim Prior (the latter interviewed here) and started dealing with Colombian cocaine traffikers. DeLorean managed to move a massive consignment of coke in order to provide finance for his company, and jobs for many workers who had no other options, and he brazenly paid for it in worthless share certificates. If he’d pulled that deception off, it would have been one for the memoirs, a Danny Ocean-style masterstroke that beat the system, but the deal had been set up by a narc and public ignominy followed. Even after DeLorean was found innocent of drug-dealing in the courts, it took a separate scandal to bring him down involving the embezzling of funds. Other public figures have got away with far more; it’s clear that someone had it in for DeLorean. In retrospect, DeLorean’s mistake seems to be not that he stole money or dealt with drugs cartels, but that he accepted public ie government rather than private money; that lack of business savvy seems to have been the real reason for the scrutiny that led to his downfall. Americans often imaging UK government funding to be free money, when the truth is that it’s often the most expensive kind, as DeLorean found to his cost.

Framing John DeLorean is an entertaining, informative documentary with strong source material and plenty to draw the viewer in, not least the sight of the car immortalised by Back To The Future. The sight of thousands of the cars lying unsold in Irish car-parks, or driven en masse to ferries for US import is surreal, as is a glimpse of a red DeLorean; even if it didn’t actually drive terribly well, the car was beautiful to look at. Like the man who created it, the DeLorean had style to burn, and this artful documentary captures the essence of the man and the machine.

Framing John DeLorean, available on Amazon Video and ITunes in the UK from 29th July

The Mission Impossible formula has improved with each film, to the point where Rogue Nation was a franchise high. About the only problem with Fallout is that it replicates the elements of the previous film so specifically, but that’s hardly a problem when a perfect summer blockbuster is the result. Ethan Hunt (Cruise) is once again thrown into the action against Solomon Lane (Sean Ellis, last seen being dropped into a glass cube in the previous film). For reasons that are deliberately confusing to explain, Hunt inveigles his way into a terrorist organisation and win the contract to burst his nemesis out of jail. The heist scene, set in Paris, is brilliantly foreshadowed by a scene in which Hunt imagines the consequences of failure; unlike most blockbusters, Fallout sets the stakes, personal and political, at a high level, and all the action, including grandstanding foot, motorbike and helicopter chases, is more intense as a result. The spy-games keep you guessing until a lavish denouement set in the mountains, with rapid toggling between ratios reflecting the influence of Chris Nolan. Chris McQuarrie does a great job here, mixing intrigue, suspense and humour with the deftness of a classic Hollywood film.

Although his background in theatre has made him something of a guru, David Mamet had enough experience of Hollywood to craft this ingenious, intelligent comedy about the business. He wrote and directed State and Main, which details the making of a fictional film called The Old Mill, with a film-crew descending on a Vermont town for an extremely troubled shoot. Phillip Seymour Hoffman is Walt, the unfortunate writer who finds his words habitually and consistently undermined by the filming process, with Alec Baldwin sending himself up beautifully as Bob, a star with a penchant for teenagers, and there’s accomplished support from William H Macy, Sarah Jessica Parker and David Paymer. There’s a great plot twist involving an elaborate deception, and a super joke about product placement too; Mamet knows his stuff, but is patient enough to craft a sophisticated and comical drama that lets the audience in on the joke.

John Hughes’s teen movies are the crown jewels of the genre, while his comedy hits via National Lampoon and Home Alone set box-offices ringing. But Hughes’ other work also deserves some attention, with this 1988 vehicle for Kevin Bacon and Elizabeth McGovern skipping teenage angst and broad comedy to gently pleasing effect. Newlyweds Jake and Kirsty are struggling with their newfound responsibility, something his degree in romance languages hasn’t prepared him for.  She’s Having a Baby shows that Hughes could consider a more adult world with the same sensitivity that he brought to high-school life, with relaxed performances from the leads, and cameos from Hughes regulars like Paul Gleeson and Edie McClurg from Breakfast Club and Ferris Bueller’s Day off respectively.