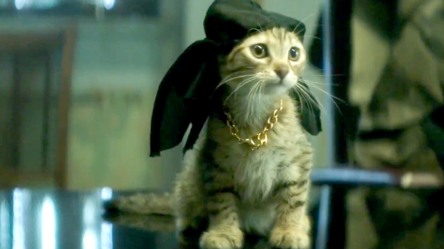 Keegan-Michael Key and Jordan Peele have been such a boon to comedy through their Comedy Central work, it’s easy to see why a feature film would be a no brainer. And while it doesn’t have the punch of some of their sketches, Keanu is one of 2016’s best comedies, pitting two mild-mannered, middle class dorks into a gangster world which they unexpectedly take to. Their mission is to track down the missing moggy of the title, running into Method Man as a gangster and Anna Faris as herself along the way. A few sequences jump out, like the one in which Rell and Clarence attempt to teach a crew of aspiring gangsters how to act on the street, and there’s some commendable verve in the tension generated as the friends get over their depth. Ultimately, the two-guys-who-look-like-tow gangsters motifs is an ancient one which Key and Peele manage to blow some life into, and bodes well for future cinematic escapades.